The 2016 Indian Premier League (IPL) Auction which will held in Bengaluru. IPL is the domestic Twenty20 league which is famous around the world. The IPL season will start after the T20 World Cup in India. The IPL governing body announced the list of players set to go under the hammer in the auction. Some players could fetch at big prices in the Auction, but few players are likely to go unsold at the IPL Auction 2016. This Auction is likely to see many star players go unsold. Here are the 5 players who might unsold on IPL auction 2016.

We all know that Hashim Amla can only play Test format. This is one of the reason why Amla likely to go unsold in this IPL auction. His average in T20 is 29 and strike-rate is decent 120. When a team need 4 foreign players, all players would have been great hitter or great bowler. Amla is not a match winner in the T20 format that might mean Amla remains unsold in this year’s IPL Auction.

He played well in his IPL career and his International career, but Mahela Jayawardene was snubbed last year. Since then he performing good in Natwest T20 series and BBL. He playing well in the MCL and his age is 38, this is one of the reason why he remains unsold in this auction. 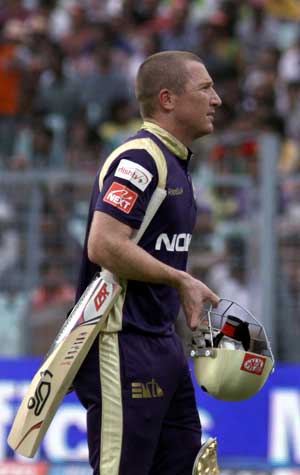 He may announced his retirement from International cricket but he showed his ability in the Big Bash League for the Sydney Sixers. His age and his base price is likely to go unsold. Another foreign player Buttler who scored hundred before IPL auction and he has more power than Brad Haddin, so he might not sold in this IPL Auction.

Badrinath who played for Chennai Super Kings (CSK) and Royal Challengers Bangalore (RCB) in the Indian Premier Leauge, he remains unsold in this Auction. He has an fantastic career in the IPL but in 2013, his average is only 17 in IPL. This is one of the reason why last year he goes for unsold. He didn’t performed good in any domestic leagues, it means he remains unsold in this IPL Auction for IPL 9.

Owais Shah scored over 5500 runs in T20Is and has an good average of 33 and a strike-rate of 125. He is very good middle-order batsman. His age is 37, he is one of the oldest player in this Auction and his base price is 1 crore. It seems Shah is likely to go unsold.