Indian pace bowler, Mohammed Shami born on Sep 3, 1990 as he turns 26 today. He is very talented player that India has produced. He cannot only swing the ball and also seam the ball very well. He represents in domestic cricket for Bengal team. He is the one who can bowl with line and length & also cross the 145 kmph consistently. He has impressed many cricket fans with his bowling. The Indian right-arm bowler, Mohammed Shami can swing the ball with new ball as well as the old ball. Here we collected the some interesting facts about Mohammed Shami. Check out:-

Mohammed Shami, son of a farmer, came from Sahaspur, a village in Moradabad district of Uttar Pradesh. In 2005, he made his debut in Domestic cricket. From a village boy to one of the successful cricketer like Ms Dhoni.

Mohammed Shami is popularly known as Reverse Swing Specialist. In 2013, many cricket legends said that this is the rise of reverse swing bowlers for the national side. It was the unforgettable match which was Sachin Tendulkar’s 199th Test match against West Indies at Kolkata.

Confusion over his name 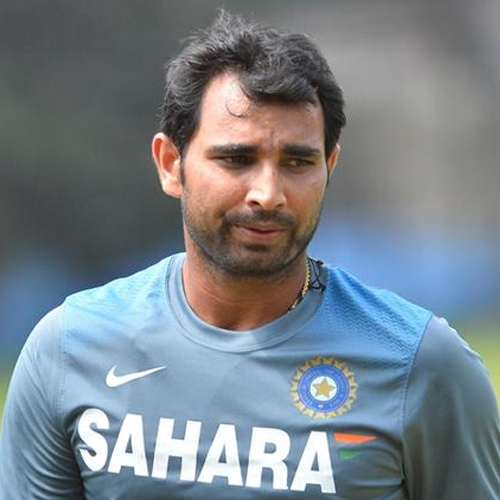 Picking 5 wickets in a debut match is a dream for every bowlers. Shami picked up 5-wicket-haul in his debut match against West Indies which was Sachin’s farewell match and Shami dedicated his 5-wicket-haul to Sachin Tendulkar. In his ODI debut against Pakistan, he bowled 4-maiden overs.

Shami have 3 brothers, he is the only one from his family became successfull pace bowler but all the four brothers of Shami’s family wanted to become as a fast bowler. No doubts that amongst all, the quickest was Shami.