12 Funny #INDvsPAK Memes Will Make You ROFL : The arch-rivals India and Pakistan made the biggest clash in cricket. Yesterday’s match was an absolute thriller. Pakistan’s Amir gave a goosebumps to all Indians with his fiery spells. After Pakistan lost the match against India, Pakistan’s team was trolled on both Facebook and Twitter. Here we collected the some best memes. Have a look!

India won the match by 5 wickets, like a boss!!

This man made the match super thrilling _/\_

King Kohli! Best In The World 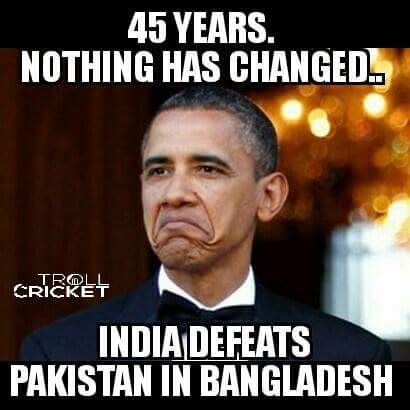 Seriously both were amazing

Unfortunately missed his 13th half century due to wrong decision 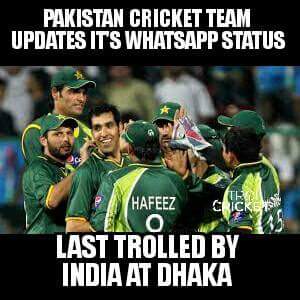 Kohli – Best Chaser in the world.

Virat Kohli and Mohammad Amir pat each other for their effort in the match.