Check out below for complete details about actors, Heroine and other supporting casts of the Sarkar. A complete list of artists to be updated soon.

Here are the details about Sarkar Director, producer, music director, cinematography, editor and other technical crew.

The Vijay – A.R. Murugadoss combo has been successful in the Tamil film industry. The cast includes some prominent names like Keerthy Suresh, Radha Ravi, Yogi Babu.

The shooting expected to complete in Mid 2018 and the post-production work to start soon. The movie is scheduled to be released this Diwali (6th November 2018).

The official first look poster of Sarkar has been released on June 21, 2018. The poster, which goes viral in social media, was released by Sun Pictures on their official twitter handle. 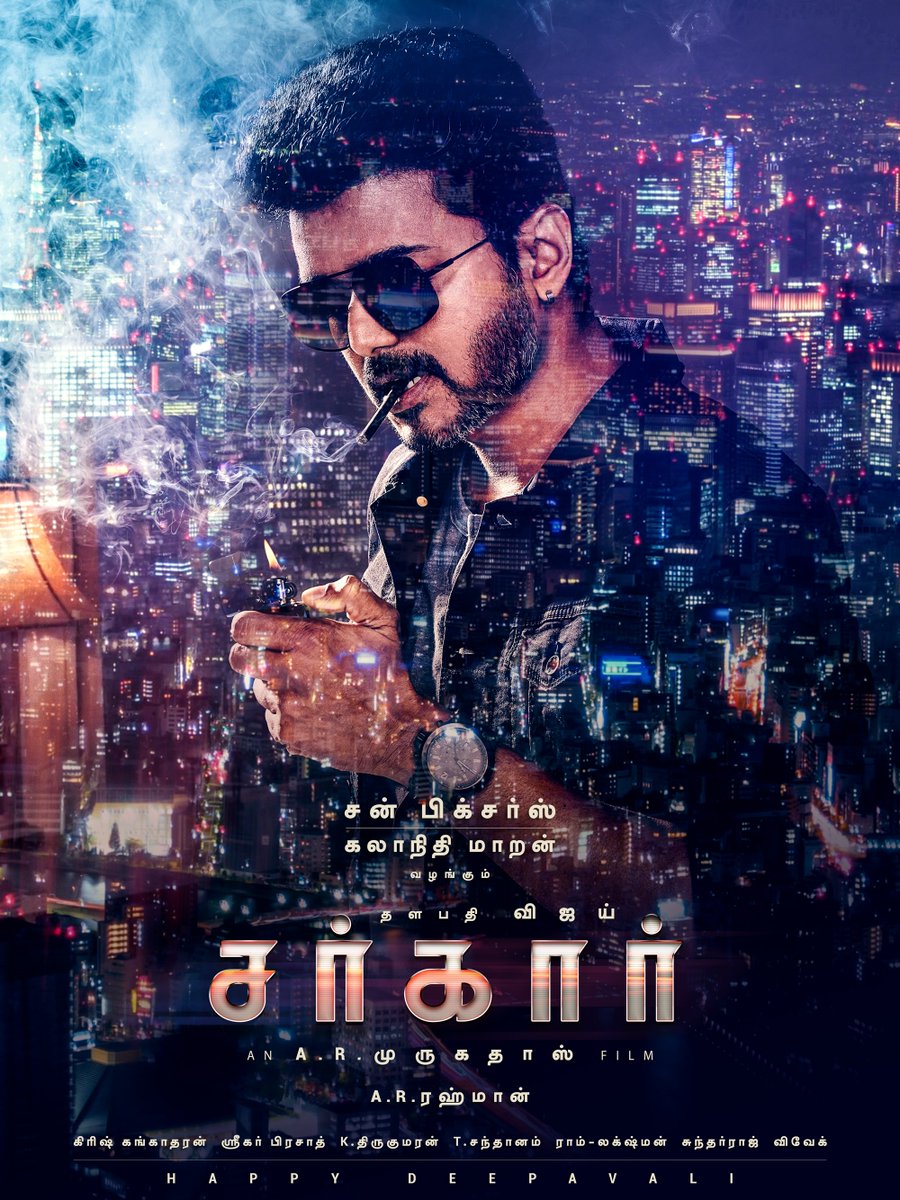