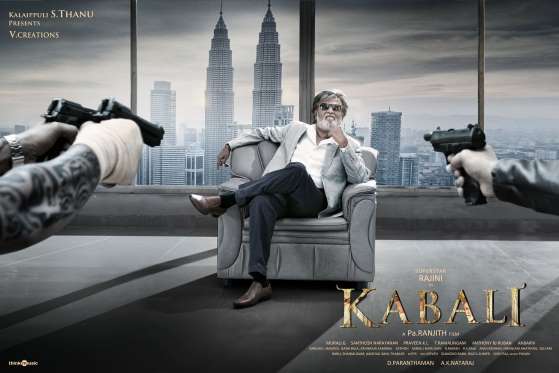 The much awaited Kabali all set to release on July 22nd in tamil, telugu and hindi languages. The film starring Superstar Rajinikanth will be biggest South Indian release ever in India. With all those expectation will Kabali Box office collection beat Sultan and Baahubali previous records?

The movie about to release in 5000+ screens worldwide on release day with houseful shows. Rajinikanth starrer already done Rs. 200 crore business with all distribution and satellite rights. Now all set to create new records at Box office.

Salman Khan’s Sultan is recently records highest grosser ever by an Indian movie with nearly Rs. 35 crore in India. Will release on sme number of screens in three major languages of country Kabali expected to beat Sultan record of first day collection.

SS Rajamouli’s 2015 blockbuster ‘Baahubali’ is the highest grossing south indian movie till date with 300+ crore collection at box office. WIth all previous hype and total number of release all over world, Kabali is real threaden for Baahubali: The beginning.