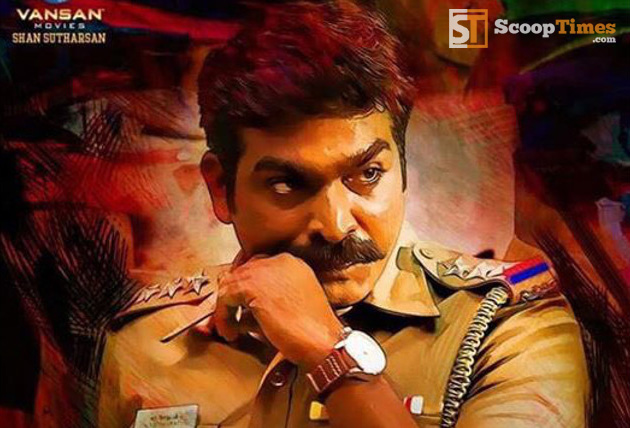 Sethupathi, The much awaited movie of Vijay Sethupathi after success of Naanum Rowdy Dhaan has out finally on theatres. The film which directed by S. U. Arun Kumar created huge expectation among kollywood movie goers after promising posters and trailer. Sethupathi released more than 300+ screen in tamil nadu and receptioned well at box office majority of centers.

The movie garnered positive reviews from critics and audience as Sethupathi stand out as full fledged action entertainer. The film mashed with major portion of massy elements with fewer comic scene which ends as typical masala entertainer. According to the reports, Sethupathi box office collection estimated Rs. 4 to 5 crores on its opening day (Approximate). The official box office collection of Sethupathi will be reveal by trade analysis later.

Both Sethupathi and Miruthan garnered good reviews from audience and its time for wrap previous releases Jil Jung Juk and Bangalore Naatkal. The decider of these movies will be finalized after first weekend collection of the movie. Stay tuned this space for Sethupathi box office collection details.