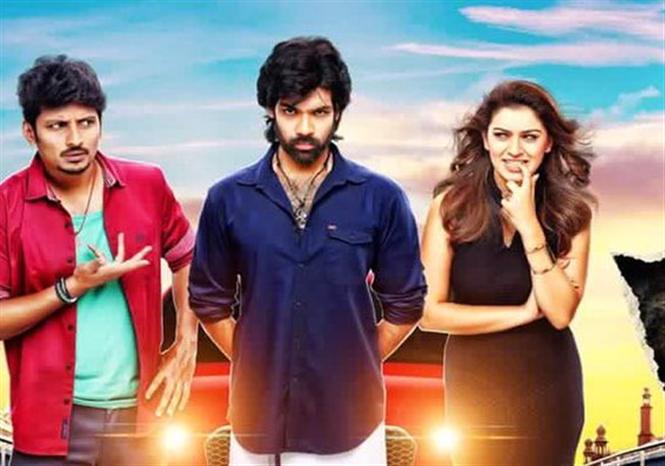 Pokkiri Raja, the comedy entertainer by Jeeva is fianlly out on theatres. Jeeva starrer released more than 300+ screens all over tamilnadu. After flawless movies in recent years, The actor back with strong comedy entertainer in 2016. Pokkiri Raja, at best, is a good attempt on fantasy comedy and fun while it lasts. The film released along with Pokkiri Raja and Sowcarpettai at box office on March 4th.

Reportedly, Jeeva starrer doing decent business at all centers, as per source more than 60 to 75% of screens occupied with maximum crowd on first day. According to the reports, Pokkiri Raja anticipated to gross more than 3 to 4 crore on its first day at box office, However, the official figure is yet to be released. The Tamil movie was released in many overseas circuits on the same day, and received well by the audience abroad.

Pokkiri Raja compete along with Vijay Antony’s Pichaikkaran and Srikanth’s Sowkarpettai at box office and Jeeva starrer doing better business than other releases of the week. Stay tune for more updates and news about Pokkiri raja box office collection.