Manish Pandey, Right hand batsman represents India in the International level. Made his International debut for India against Zimbabwe in 2015. For more details check out below for Manish Pandey Wiki, Biography, Age, Profile, Height, Caste, Affairs, Family and more. 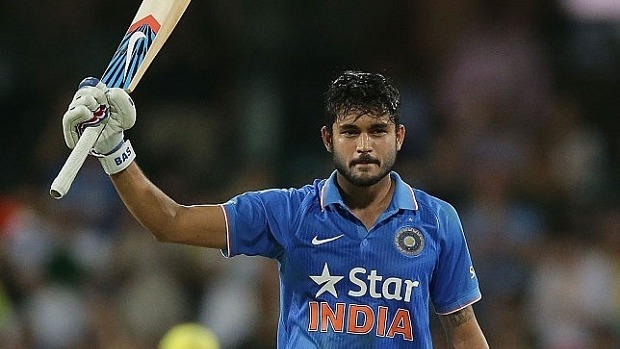 Manish Pandey was born on 10 September 1989. His father Krishnanand Pandey is working in Indian Army and mother Tara Pandey is housewife. His sister name is Anita Pandey.

Pandey started playing cricket when he was in the third standard. He did his schooling in Kendriya Vidyalaya No 1, Devlali and he completed his higher education in Jain University, Bangalore.

– Manish was a part of the victorious Indian team that played in the 2008 Under-19 World Cup held in Malaysia.

– In 2008, Pandey was bought by Mumbai Indians franchise. Then, he was played for Royal Challengers Bangalore franchise for 2009 and 10 season.

– In 2014, he was bought by Kolkata Knight Riders. He played match winning knock in the IPL 2014 final game against Kings XI Punjab.

– Pandey made his One Day International (ODI) debut for India against Zimbabwe on 14 July 2015. He added 144 runs in his debut with Kedar Jadhav.

– He was selected in the ODI squad for the Australia tour in January 2016.

– In the final game at the Sydney Cricket Ground, he played a match-winning innings of 104 helping India win its only match of the series.

That’s all about Manish Pandey Wiki, Biography, Age, Height, Weight, Family, Caste. Post your comment below and check out our latest updates.