KL Rahul is an Indian cricketer who plays for Team India in Test and One day International Matches. He is also known as Kannur Lokesh Rahul and made is debut against Australia in 2014. For more details check out below for KL Rahul Wiki, biography, age, profile, bio date, Height, weight and more.

Kannur Lokesh Rahul was born in Mangaluru, Karnataka to K.N. Lokesh and Rajeshwari. He completed his schooling at Mangaluru and then later his family moved to Bangalore when he was 17. (Wiki)

He joined Dakshin Kannada cricket Association in Mangaluru during his childhood and trained professional cricket. He continued his good form later moving to Bangalore and played for various division. Rahul also played for Indian u-19 world cup in 2010 and the same year he also made his Ranji debut for Karnataka.

International Test Cricket – After successful domestic session in 2014, Rahul selected in national team to play against Australia. He made his test debut on boxing day 2014, where he scored 3 and 1 Run in first game. Later he got chance to open with Murali Vijay in next match and scored brilliant 100 at Sydney against Australia. In 2015 He score second test century against Sri Lanka and third hundred vs West Indies in 2016.

ODI – In 2016, under the captaincy of MS Dhoni – Rahul made his One day international debut against Zimbabwe and scored hundred, which is marked as first indian to score century in debut match.

IPL – He played for three teams in Indian Premier League (IPL). In 2014 for Royal Challengers Bangalore (RCB) and in 2015 he moved to Sun Risers Hyderabad (SRH). KL represents RCB again in last edition of IPL 2016. 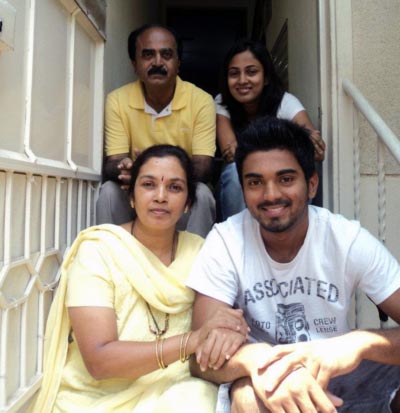 Things to know about KL Rahul

– Born in Mangaluru and moved to capital city of Karnataka, Bangalore.

– Made his test debut against Australia in 2014 and scored his first test hundred on the same series in Australia.

– Under MS Dhoni captaincy, He debut in ODI against Zimbubwe in 2016 and scored hundred in first game.

That’s all about KL Rahul Wiki, Biography, Age, Height, Weight. Post your comment below and check out our latest updates.