Hina Khan, is an Indian television actress who is well known as Akshara in Yeh Rishta Kya Kehlata Hai. In 2013, She was included in the list of 50 Top Sexiest Asian Women by Eastern Eye and also listed in the list for next tree consecutive years 2014, 2015 and 2016 along with top bollywood actresses. She is one among the 18 contestants of Colors TV Bigg Boss Season 11. Check out below to know Actress Hina Khan Age, Biography, Wiki, Height, Family, Bigg Boss, Marriage, Husband and more details. 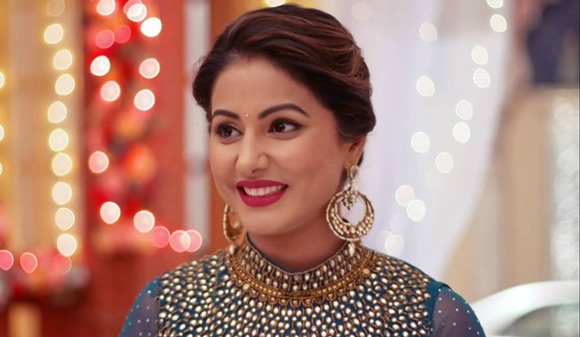 Here is the complete details about Hina past and present including her personal life, career, affairs, facts and more.

Born on 2 October 1987 in Srinagar, Jammu & Kashmir, India in Indian muslim family. She has a younger brother named Amir Khan. She brought up in the same city and much interested in singing, painting and other activites since chilhood than studies. The other personal details including her family, father, mother schooling details is not known, will be update soon.

After finishing her schooling, she has completed her graduation in MBA Course at Colonel’s Central Academy School of Management, Gurgaon in 2009.

She is wanted to be an journalist however accidently entered into media as actress. Before entering media, She interviewed for a job as air hostess and got selected as trainee in Mumbai, and later she can’t able to continue it use to some personal reason. She not interested to became an actress, however her friend forced her to apply for role in television serial.

In 2009, she made her first television debut in Star Plus for a serial Yen Rishta Kya Kehlata Hai. She played a lead role as Akshara and rose huge fame for her performance. From 2009 to 2016 for 8 long years she featured in that serial and finally decided to quit from that project.

For her perfromance She has won many awards in small screen notably prestigious ‘Dada Saheb Phalke Award’ for Best Actress – Popular in 2014. After quitting Yeh Rishta Kya Kehlata Hai, She participated in Colors TV’s Fear Factor: Khatron Ke Khiladi season 8 in 2017 and completed as 1st Runner up.

The Marital Status of Hina is unmarried. She is in relationship with Rocky Jaiswal (a.k.a Jayant Jaiswal) (Supervising Producer) and the couple going to get married soon.

Being one of the popular star in teleivison, Hina entered bigg boss show as one among the celebrity contestant of big boss 11. She has an added advantage among audience being popular face in industry for long years. Will it going to support her in most controversial reality show ever? Let’s wait and watch.

Bigg Boss 11, Reality game show which is telecast in Colors TV started on October 1st, 2017, Host by Salman Khan. Some of the other contestants for the season are Hiten Tejwani, Luv Tyagi, Puneesh Sharma and Benafsha Soonawalla. 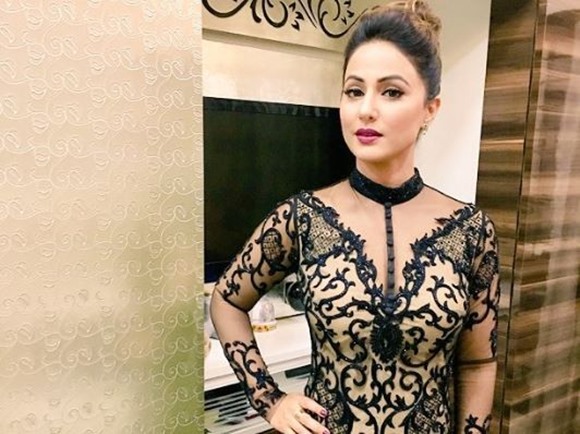