Harathi also known as Aarthi, is an Indian movie Actress, Serial artist and Host. Begin her career as child artist and acted in many television serial and shows. She is also contestant of Vijay TV Bigg Boss Tamil reality show. Check out below for Harathi Age, Weight, Husband, Wiki, Big Boss, Biography and more details. 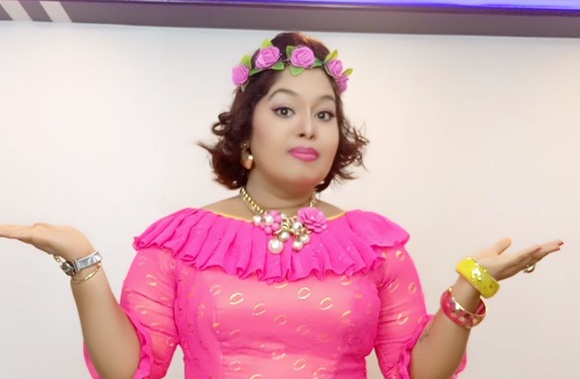 Born on 9 November 1987 in Ooty, Tamil Nadu, India, Arthi grow up in the same town and completed her schooling.

She first made a debut In Tamil movie Vanna Kanavugal as child artist and also featured some other films in young age.

Later she moved to Chennai and completed her graduation in Meenakshi College for Women, Chennai.

Aarthi joined as a contestant in Sun TV comedy show ‘Asathapovadhu Yaaru’ and became famous for her acting in the show.

With the famous from television she was offered with many movie changes in 2000’s.

Arthi mostly seen in supporting role as a over weighing girl. She usually preffered for play as female comedian in Tamil films.

She was married to Ganeshkar, fellow comedian who is also movie star. The marriage of the couple happened in Guruvayoor during September 2009.

She featured in more than 50 movies in Tamil with at most all top actors.

Some of the popular movies of Aarthi: Arul, Girl, Thirupathi, Kitty, Uthama Puthiran and more.

Harathi is one among the 15 contestant for first season of Bigg Boss Tamil show which telecast in Vijay TV. 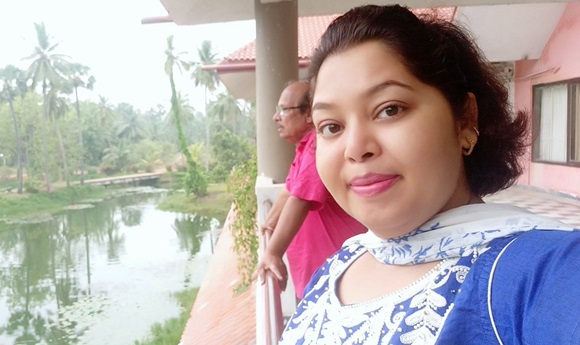